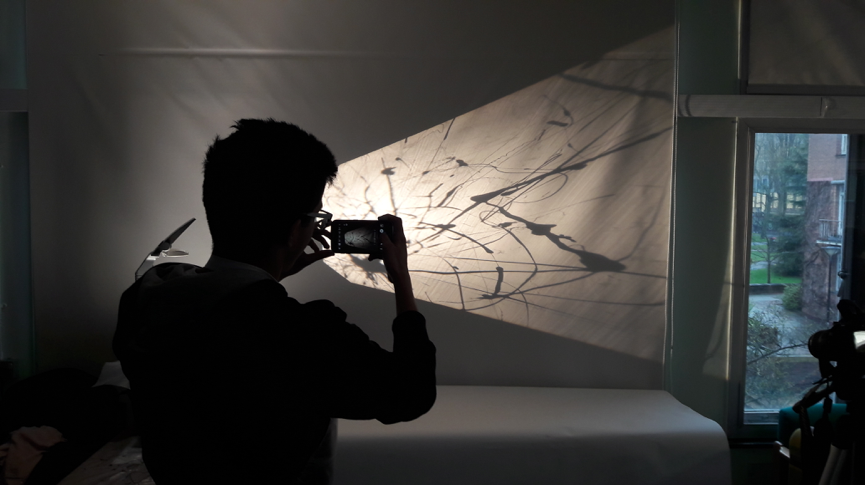 The difficulty in visualising what takes place in the quantum world has a close relationship to the artist attempting to express their ideas and emotions about the world. Both are concerned with “making the invisible, visible.”

“In-Public” a new community arts group co-founded by Ian Andrews and Sarah Fortes Mayer have been collaborating with the particle physics group at the University of Birmingham to develop a series of workshops for schools.

The workshops, developed with particle physicist Kostas Nikolopoulos are designed to operate at different levels for different participants and explore the relationship between art and science and more specifically between fine art and particle physics. This effort is in the context and supported by the H2020-funded CREATIONS project.

The exercises explored in the workshop attempt to use artistic visualisation techniques to give visual form to quantum phenomena to aid understanding and hopefully stimulate further interest. 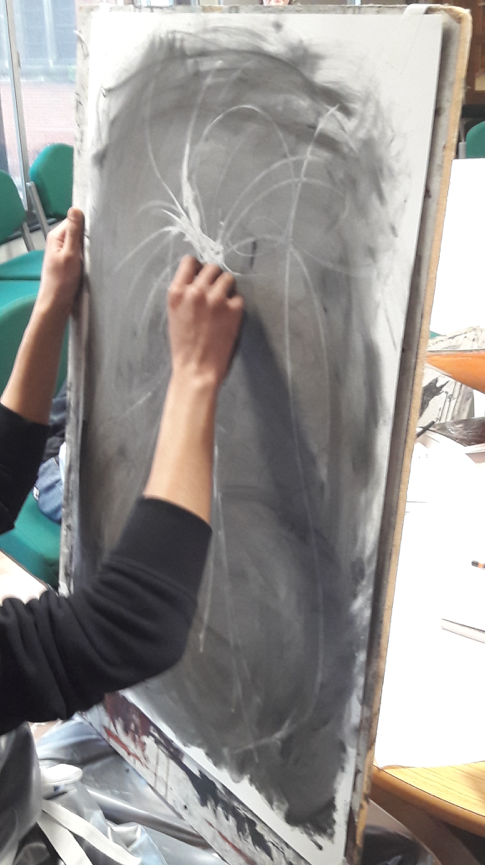 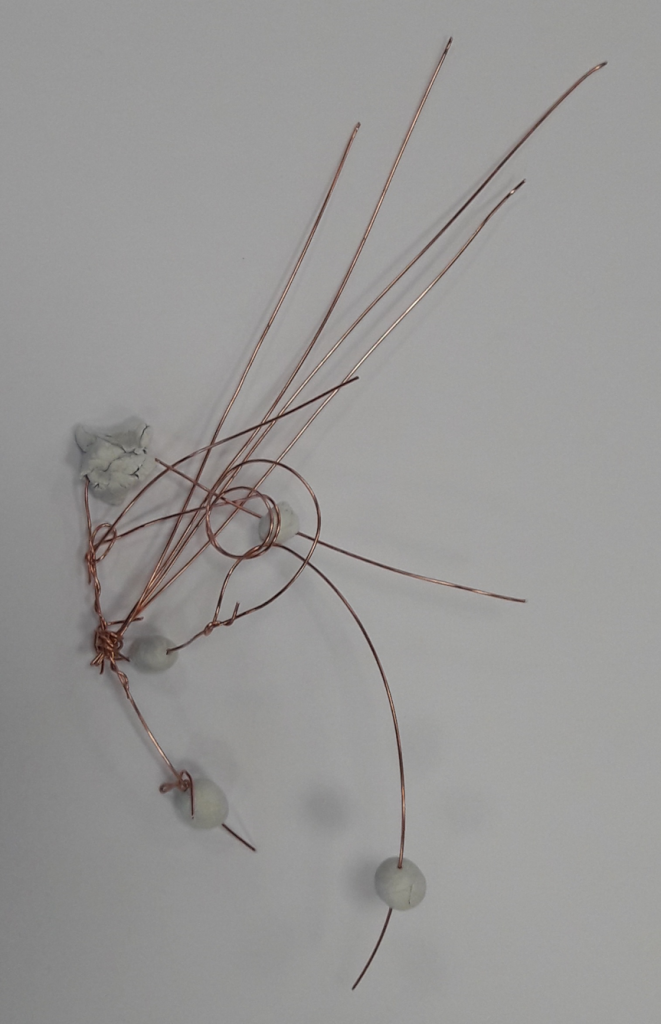 A successful pilot was run with Marling school on March 3rd 2017 where the team, joined by the School of Physics and Astronomy school liaison officer Maria Pavlidou, experimented with activities including,

The team are working to develop the next workshop with ideas and information that have emerged from the pilot and a revised lesson plan is in production. The team are also hoping to run workshops for teachers to help develop the project further.