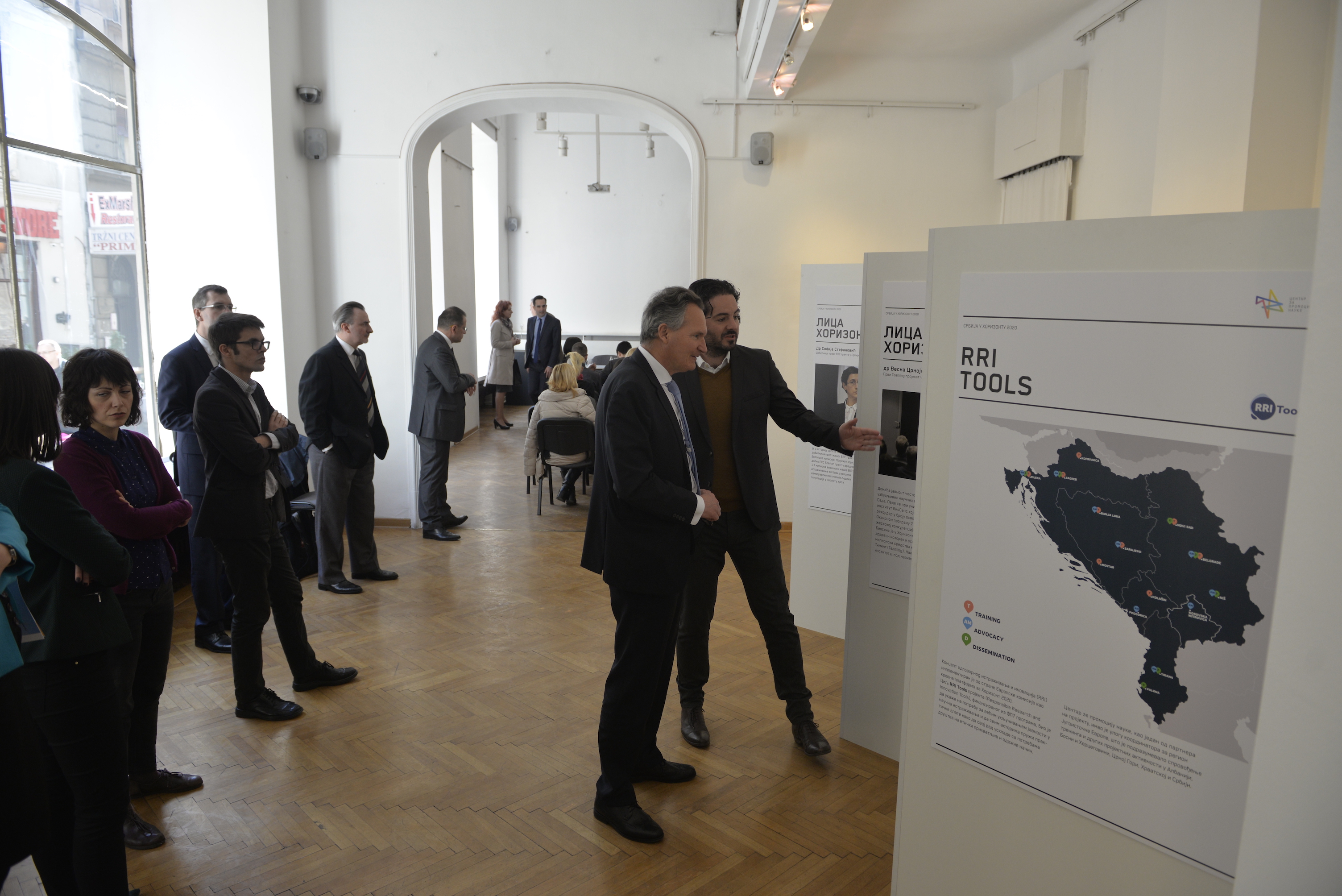 „It is important, more than ever before, to communicate about science, about impact of science and a role that science plays within society”, said Robert-Jan Smits, Director-General of DG Research and Innovation at European Commission, during his visit of the CPN exhibition “Serbia in Horizon 2020”. He visited Serbia for the first time earlier this month. This was a historic moment for Serbian scientific community. During a two-day visit, one of his stops was the Center for the Promotion of Science (CPN).

CPN prepared an exhibition displaying current status of the Serbian participation in the Horizon 2020 and other EU-funded programs supporting European research and innovation, education and culture. Exhibition called “Serbia in Horizon 2020” was a short summary of the cooperation of local researchers, science institutes and other institutions with partners from European Union. On this occasion, CPN presented Mr. Smits with its ongoing EU collaborations, including H2020 funded CREATIONS project. A general framework of the project and implementation activities at the national level were presented by Dobrivoje Lale Eric and Djurdja Timotijevic.

“This is my first visit to Serbia and I must say that I am extremely impressed by what I have seen in these two days.” emphasized Mr. Smits, during his visit. „I had a chance to see high-class universities and institutes, brilliant young people, highly eloquent and confident, performing high-class research, willing to work in partnerships and to be a part of European projects”, Smits concluded, adding that science is communicated very well in Serbia.