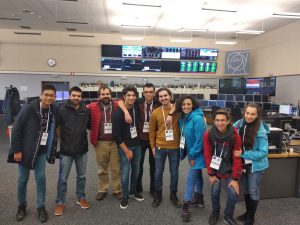 The process of the Ciencia Clip contest, one of CREATIONS international implementation activities, was completed during the past weekend , with  the winners of the contest  travelling to Geneva to receive their prize which was an exclusive guided visit to CERN facilities. Ciencia clip is an international contest where middle school students produce short online videos about science.
The goal of the competition is, to encourage young people to engage with science and technology, while they also train their communication skills. Students from everywhere in the world choose a scientific topic of their choice, they learn, study and reflect on the topic and then record and edit a video in Youtube style. The contest has familiarized thousands of students from more than 20 countries, to the CREATIONS pedagogical approach. It should be also mention that the last contest of Ciencia clip (2018) managed to be promoted to nearly 2 millions people around the globe. The winners and all the participating videos can be found in the official website of the contest (scienceclip.eu))